With the help of ICE’s TEAM managed care, Artway has gained great success in mainland Europe and Amazon.com. 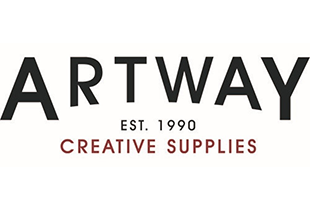 “Having been encouraged by Amazon to expand our offering to their other European marketplaces we quickly encountered issues with their machine translations and this caused issues with customers. We also didn’t have the language skills to optimize our listings so it was clear that we needed an alternative solution. We contacted ICE and were attracted to their ‘human’ translation and optimization service. Having worked with ICE for over two years we have found them to be so much more than just translators! Their knowledge of Amazon Seller Central, Linnworks and other marketplaces has made expanding our sales much easier – not only in mainland Europe but also in the UK.  Last but definitely not least, we have also benefited from their experience and knowledge.

When outsourcing like this, trust is huge (particularly when they aren’t based in the UK!) and we have found ICE to be very reliable, conscientious and accurate in their work. We would certainly recommend them.”

Run by brothers-in-law Ian and Steve, Artway has been providing quality art supplies at competitive prices for over 20 years. Building on their original success at home, the UK based duo decided to expand their business to the continent at the end of 2016.

Since then, ICE has helped Artway expand to 4 marketplaces in 5 countries worldwide.

Encouraged by both their domestic success and Amazon’s suggestion to expand its business reach to other European Amazon marketplaces, the idea of global expansion kicked in as the company saw a greater opportunity beyond its own back yard.

As exciting as expanding into other countries is, meeting different marketplace requirements and setting up protocols accordingly isn’t an easy job. The multifaceted task of listing products and managing inventory across marketplaces and countries ate a huge chunk of Ian and Steve’s time. If not handled properly, it can waste a lot of a seller’s limited time and resources which could otherwise be devoted to creating sales elsewhere.

The lack of language skills made it impossible to translate and adapt the product listings for local buyers.

Selling to buyers in various countries meant listing the products in different languages, but translation alone was only a foot in the door since terminologies used to find the products differ from mainland Europe to the UK. Making Artway products stand out from the competitors in target countries and establishing it as a trustworthy brand were ICE’s priorities.

In order to help Artway achieve its goals, ICE first looked into the company’s sales performance while identifying the potential countries/marketplaces to expand to based on their product categories. As the research showed, Germany, France, Spain and Italy were among the countries with the most potential, while CDiscount in France, Amazon US and Etsy also showed great promise as individual marketplaces. With a constructive expansion strategy, ICE tackled the two main challenges Artway would face during their expansion.

One of ICE’s experienced account managers led an international in-house team of ecommerce professionals to help Artway implement their expansion strategy in the most efficient manner.

The first thing the ICE team did was to solve a problem Artway would face when managing different marketplaces in various countries. Our team set the brand up with one of ICE’s trusted partners Linnworks, a multi-channel inventory/listing management system that frees up seller’s time from administrative tasks. The ICE team now actively manages and monitors Artway’s numerous accounts via the listing tool and advises on optimising Artway’s online presence in order to maximise their sales revenue.

In order to adapt Artway’s listings to customers in the target countries, ICE’s in-house, native translators make sure the listings were accurate, appealing and search-optimised so the right customers can find Artway’s products. Then, to ensure the highest quality, a second translator proofreads the work.

While translating the listings, ICE also localise the product descriptions and optimise the categories and search terms for the new countries. With ICE’s professional, e-commerce trained translators, Artway’s listings were accurately localised to fit market and customer needs, increasing the brand’s visibility and sales.

ICE has successfully launched Artway onto Amazon and eBay Germany, France, Spain and Italy, CDiscount in France and Etsy. As a result, Steve says that Artway has gone from selling very little in mainland Europe to the region now accounting for a third of the company’s total turnover. ICE has also brought the brand across the Atlantic to Amazon US, where the brand is taking advantage of a large new online audience and demand.

With the help of ICE’s TEAM managed care, Artway has gained great success in new markets and is planning to further strengthen its online presence in Germany by expanding to Real.de, the well-known and trusted German retailer and growing marketplace.

This site uses cookies to assist with navigation and your ability to provide feedback, analyse your use of our products and services, assist with our promotional and marketing efforts, and provide content from third parties. Accept cookiesPrivacy Policy