P4 Solutions got their expansion ideas moving with more direction than before, moving towards full expansion in major locales thanks to ICE’s Amazon Scout, translation, listing and TEAM services. 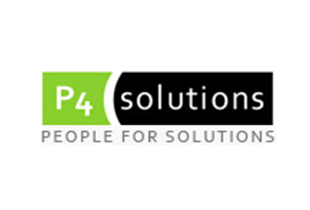 Based in Poland and founded in 2011, P4 Solutions is a seller of DIY products, their range boasting everything from electrical tools to building materials.

Despite an inventory of 5938 items, their marketplace presence was sparse. A trial with 133 items on Amazon DE (Germany) was very successful and yet P4 was lacking in time, language skills and in-house expertise to really benefit from expanding it. They had also dipped their toe into the UK market with a trial run of just 15 products, a project which had since ceased to develop.

P4 Solutions were ripe for international growth and keen to focus upon Western Europe, their search for Cross Border Trade (CBT) services included attending trade fairs to scope out suitable providers to fit their needs. Their attendance at the e-commerce Berlin EXPO in April 2016 was therefore impeccably timed; they were able to come by ICE’s booth and get the ball rolling for their next steps.

ICE’s first step with P4 Solutions was to use InterCultural Elements’ Amazon Scout, a fast yet fundamental market analysis service. Scout gives a detailed report of:

ICE found that 2658 (44.8%) of P4’s products were already for sale on Amazon DE while the other half (55.2%) hadn’t been listed at all. At the same time, P4 Solutions was listing 133 of those items on Amazon DE and 84% of said products were also already cheaper than their competitors. Moreover, Scout was able to show that a direct conversion P4 Solutions’ pricing would be the cheapest for hundreds of products they hadn’t yet listed.

Finally, Amazon Scout named P4’s competitors by item and country, thus highlighting initial targets for their expansion. The primary competitor was Amazon itself, yet P4 could still undercut them on 39% of inventory. In short, price comparisons showed P4 would be able to compete with the top 10 and moreover, how and where.

Now P4 knew which items were already out there, they were able to piggyback on the existing ASINs. This meant the process of translation and ASIN creation by ICE’s in-house e-commerce professionals only had to take place for the remaining half, thus making the process of expansion significantly more cost-effective.  The piggybacked items could be added right away and the items not yet listed on Amazon DE immediately gained the buy box, since P4 had no competitors.

In addition to directing strategy on Amazon DE, ICE’s Scout report confirmed that the next marketplace to target was Amazon UK. A steady increase in marketplace presence there would be decidedly profitable and therefore step 2 of their mid-term expansion strategy was to bring Amazon UK up to the same level as DE. Further recommended steps included other European and also North American Amazon locales. As such, P4 started with step 3 by using ICE’s services to test the waters with piggybacking on Amazon in Italy and France.

In addition to the use of Amazon Scout, P4 Solutions enlisted ICE’s on-going support by means of TEAM, Total E-commerce Account Management. Thanks to this tailor-made service, their strategies have been carried out to pro-actively boost their marketplace presence. P4 could therefore grow their business with a team of dedicated professionals without the need to hire, gain knowledge and train in-house.

In just 3 months after engaging ICE, P4 Solutions strategised their mid-term and long-term expansion and got their Amazon DE account off the ground, starting to live up to their potential. Amazon UK was already in the implementation stage and Italy and France were on the strategy roadmap. With full access to ICE resources, P4 Solutions had the time to focus on their business while ICE helped set and meet their marketplace goals and implemented CBT.