As one of InterCultural Elements’s oldest clients, Tartanista has trusted ICE with their international expansions needs since 2009. 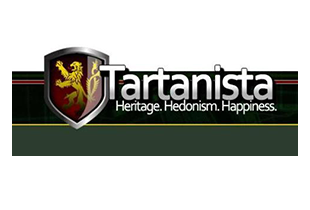 “ICE is always up to date with all the different tools used for companies like ChannelAdvisor, etc, and their competitors. They made the transformation quite easy and took a lot of the heavy lifting out of it for us. We have been very happy, and we have found them very reactive.”

Tartanista is a UK based company who specialise in their own clothing products that are heavily influenced by traditional Scottish kilts, tartans, sporrans, and more. Created in 2005 by John Fried, Tartinista now sells to eight countries worldwide.

In 2009, Tartanista started considering an initial expansion into European markets. Cross Border Trade became a major talking point for the online market, and Tartanista had already received international orders from Germany, but didn’t have the language skills to translate their existing listings into German.

Tartanista contacted ICE to discuss the translation of all their product listings. They knew ICE’s team of e-commerce experts would be able to translate their merchandise with the specific goal of making their products easier to search for locals, unlike mechanical translations that cannot pick up on nuances and other cultural differences.

Tartanista also needed a company that could keep up to date with all the tools they used to ensure their expansion marketplaces were maintained. ICE did the heavy lifting for them, letting them focus on their business.  In addition, ICE proactively sought out new country and marketplace opportunities, further driving growth.

When Tartanista started on Amazon Germany, they received a strong response for their niche products. The success of their merchandise, accessible through proper translations, then led them to use ICE’s translators for their next expansion into France. Their success is due to the uniqueness of their niche and ICE’s ability to translate and localise them for their online buyers. In addition to Tartanista, ICE also managed the expansion of their second business, Viper London.