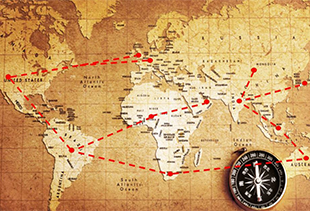 Where should I expand my sales to next?

The low-hanging fruit markets are always an easy place to start. If you’re not already actively selling in other English-speaking countries, it’s likely you’re getting a reasonable amount of inbound sales from these regions anyway (as long as your pricing, including shipping, is competitive).

The obvious next step is European marketplaces. Other than language barriers, the open borders of the EU allow sellers to easily solve the logistical issues of international trade and offer their products across a range of well-established marketplaces. The issues with these options, however, is that newcomers typically face something of an uphill struggle to get their products out the door in such highly competitive fields.

An alternative option for retailers who want to expand internationally (whether for the first time or to continue an already successful international project) is to look into less saturated, up-and-coming markets. Two great examples are Mexico and Japan. Both of these locales now have a variety of marketplace options, including the newest addition to Amazon’s growing international family – Amazon Mexico.

Up and running for less than a year at time of writing, Amazon Mexico had one of the most successful international launches so far. As a result, you can follow Amazon into a well-researched, well-marketed country, and be among the ‘early birds’ to catch the proverbial worm in a brand new region.

The level of competition is likely to be lower and the indirect marketing from Amazon (aiming to increase traffic to their newest site) could be higher than in other more established markets. Another worthy consideration is that seller feedback may not hold as much weight with buyers in Mexico at the moment, as most accounts will still be fledgling and likely only have a negligible number of reviews.

The combination of these factors means you should be able to establish a good reputation relatively quickly, leaving you in the higher echelons of sellers as time passes and more retailers follow the trend and start selling in Mexico.

Although you may already have Spanish translations, it’s important to get your listings localised as there are significant differences between European and Mexican Spanish!

Talking about Japan can often bring up considerable hesitations, particularly with regards to the contrasts in culture and language and the resulting barriers. As with other Asian marketplaces though, Japanese consumers often go out of their way to seek products made outside of their locale – preferring items manufactured in Europe or the USA over those produced closer to home. As a result, Amazon Japan has had great success and is a great means for Western retailers to reach new Eastern customers.

Often seeing Amazon Japan as a secondary Asian marketplace, some retailers may begin an Asian expansion and focus all of their efforts on China. The fact that Japan actually has a GDP per capita of more than double that of China often goes unnoticed (International Monetary Fund, 2013).

This economic strength, combined with the fact that the Japanese marketplaces (including Rakuten’s Ichiba, Amazon Japan and other up-and-coming entrants) are considerably easier to start selling on than their Chinese counterparts. Japan is another region well worth considering for your next project, and it should not be underestimated.

You may need to hire local designers to help you develop captivating adverts which will help attract buyers to your products: the advertising expectations of the typical consumer are so different so be prepared to create a large amount of text and graphics for your products!