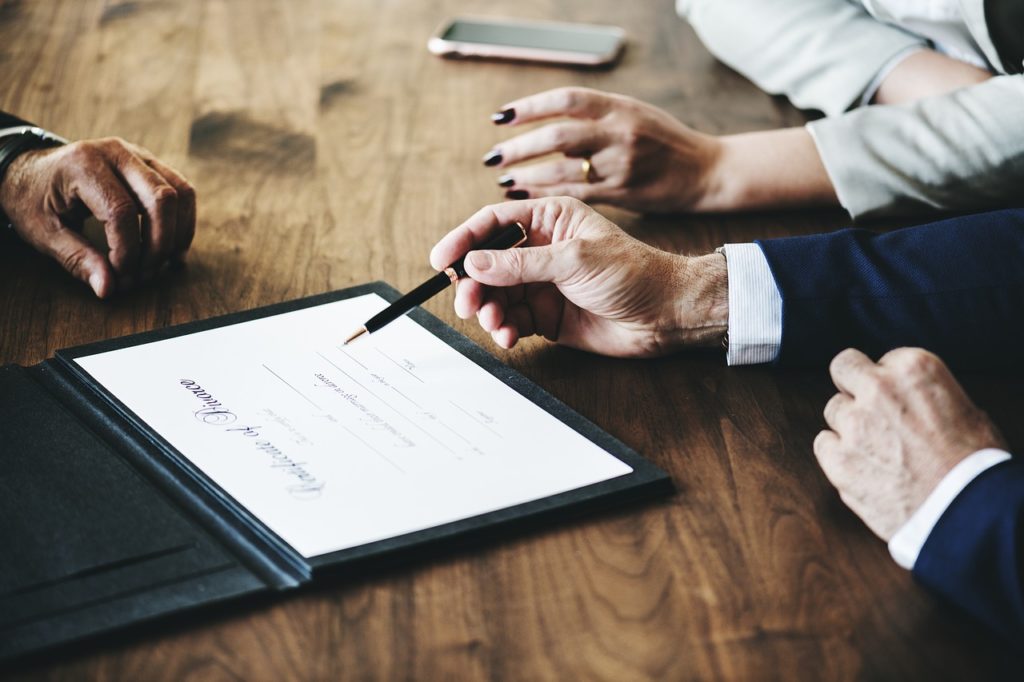 This is a guest article by Ivan Bremers, Händlerbund.

For foreign companies, trading in Germany is a lucrative step. However, German buyers are often more likely to buy from retailers with a German type of business. In addition, the establishment of a company under German law with its registered office in Germany can also offer further advantages for foreign retailers. One of these would be, for example, the limitation of liability of a GmbH. Herein, we explain why it can be worthwhile for retailers to set up a limited liability company and what needs to be observed.

However, the following formalities must be met:

The GmbH must be given an appropriate name. However, it should be noted that foreign brand names and registered word marks should not be used illegally or confusingly. However, it is crucial that the addition “limited liability company” or its abbreviation (GmbH) must exist as part of the name.

2. Preparation of a memorandum of association

In order to establish a limited liability company effectively, the shareholders must conclude a partnership agreement. In theory, this can be just one person, but usually amounts to several. The contract must contain the following information:

This partnership agreement must be certified in writing and by a notary. This causes additional costs.

After the articles of association have been concluded and the share capital deposited, the limited liability company must be entered in the commercial register and registered with the trade office. If a limited liability company becomes commercially active prior to entry in the commercial register, this is possible and permissible. However, the partners are personally liable at this time.

4. Appointment of a Managing Director

Furthermore, the GmbH must have one or more managing directors who present the company to the outside world and act on their behalf.

What are the alternatives to a GmbH?

A sole proprietor acts, as the name already suggests, exclusively for himself. The establishment is thereby quite simple, because everyone who acts as a commercial retailer over a longer period is recognised as such. A major advantage of this type of company is that it does not require any act of incorporation or registration. In addition, tax accounting is very simple. However, the risks emanating from the liabilities are also directed directly at the private assets of the retailer. As a result, the risk of direct private insolvency in the event of mismanagement is high.

If several business partners come together, it is possible to found a GbR. For this purpose, as a rule, but not necessarily, a partnership agreement is concluded. In this type of company, no assets need to be deposited either. However, also with a GbR the partners are personally and unrestrictedly liable with their private assets.

In order to ease the establishment of a company, there is still the possibility to found a limited liability company, also called a Mini GmbH. In principle, a partnership agreement must also be concluded and a capital contribution deposited. In contrast to a limited liability company, however, this can only amount to one Euro. This relief is also the reason why the UG, unlike the GmbH, is not highly regarded by customers and business partners, since the liability for a loss of receivables is limited to the original capital contribution.

What is the use of a GmbH?

Due to the high degree of awareness of this type of company, many buyers trust in it, because of the high amount of share capital, customers lose their fear of losing possible money claims. This awareness and the good reputation lead to the fact that customers prefer a GmbH in comparison to foreign company forms, like the Ltd., particularly with foreign retailers. Besides, it is important to many customers in the age of cross-border trade to have the retailer and partner in Germany. For retailers themselves, a GmbH offers a decisive advantage. In contrast to other forms of business, the retailer is not liable with his own capital, but only with the amount of the share capital.

Ivan Bremers has been a lawyer and legal editor at Händlerbund since 2017. He regularly advises and reports on legal issues that affect the industry in the area of e-commerce. He is also a speaker at events on the subject of e-commerce.